Hezbollah and Hamas are both radical Islamist terrorist organizations avowed to Israel’s destruction. Both have very large rocket arsenals and other capabilities aimed at Israel and both employ a combination of terrorist, guerrilla and conventional military capabilities. Hezbollah and Hamas in Gaza, are closely aligned with Iran.

Hezbollah and Hamas are more than just terrorist organizations. Both have become the de facto governments in their respective territories,  the primary providers of social services and the dominant military actors. This unusual situation, in which ostensibly non-state actors have many of the attributes of state actors, but operate largely in the “gray zone”, below the level of conventional warfare, has led to the development of variety of terms and military concepts for dealing with them, such as asymmetric and sub conventional warfare.

Despite the superficial similarities, the threats that Hezbollah, in Lebanon, and Hamas, in Gaza, pose to Israel are very different.

In the north, the Hezbollah-Iranian-Syrian nexus poses the most severe immediate threat to Israel’s security today. If and when the next round erupts, Hezbollah’s mammoth arsenal of 150,000 rockets in Lebanon will cause unprecedented destruction to Israel’s civilian home front and critical military rear.

Moreover, with Iran’s help, Hezbollah is now in the process of acquiring precise rockets, which will enable it, for the first time in the history of the Arab-Israeli conflict, to disrupt IDF mobilization processes and offensive operations, attack key command-and-control centers and hit critical Israeli civil infrastructure, such as power stations, communications nodes and water supplies. The challenge to Israel’s military strategy will be great.

Even worse, Iran is actively trying to turn Syria into a forward operating base both for its own forces and Hezbollah’s, potentially forcing Israel to fight a multi-front war (Lebanon, Syria, Gaza, West Bank). Israel has successfully thwarted most of Iran’s efforts to set up a permanent military presence in Syria , but is fighting an uphill battle. There is a severe danger that Israel could end up facing a vast missile arsenal in both Lebanon and Syria and that the two fronts could merge into one.

In the background, of course, there is the ongoing danger of Iran’s nuclear program. Had Israel been forced to deal with the threat in the north, at a time when Iran had already gone nuclear, every limited confrontation with Iran and Hezbollah would have risked escalation to the nuclear and, hence, existential level. This possibility would have had a severe impact on Israel’s national security decision-making and freedom of action. Preventing Iran and Hezbollah from establishing a permanent military base in Syria is thus of primary importance for Israel’s security.

Hamas poses a far more limited threat, but a  painful one for those who live in the vicinity and increasingly Israel as a whole. In addition to Hamas’s substantial rocket arsenal, Israel has also had to deal with such primitive, but lethal, threats, as flaming kites and booby-trapped balloons, all designed to maim or kill civilians, including children.

Despite Gaza’s crushing poverty, the rounds of Hamas rocket fire are ongoing. The Gaza issue is also part of the broader question of Israeli-Palestinian relations generally and of the prospects for progress towards peace. The Hamas charter has ostensibly  been amended, to provide for a Palestine living next to Israel, in reality the change has been mostly semantic.

Israel’s Iron Dome anti-rocket system has justifiably gained international renown for its remarkable effectiveness. No weapon system is completely effective, however, and some rockets get through no matter what. The real question is the overall number of  Hezbollah and Hamas rockets, and especially the severe threat posed by the as yet limited, but growing number of precise ones.

In the face of Hezbollah’s vast rocket arsenal, Iron Dome can mitigate the threat, but no more. In the case of Hamas’ more limited arsenal, Iron Dome should be sufficient to provide a good response, although civilian life will be disrupted in any event.

Despite these seemingly severe threats, most Israelis – the speaker included – sleep well. The talk will present:

Join me for a disturbing, thought-provoking and riveting discussion of the primary threats Israel faces in the immediate future. 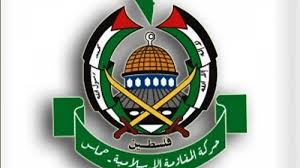 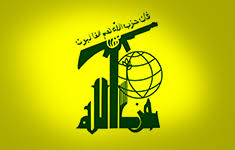