Middle East Strategy: Ramifications of Regional Trends for Israel and the US

For decades, the Middle East has been one of the most rapidly and dramatically changing regions in the world. Israel and the US are not part of most of these regional dynamics, but their national security is deeply affected by them, nonetheless. In some cases, their actions have a significant impact on regional processes.

The “Arab Spring” – a Decade of Political Turmoil

The severe disturbances across the region in recent years – even including regime change in some countries – have demonstrated that the “Arab Spring” is still very much alive and that its convulsions will likely continue to be with us for decades. Indeed, all of the underlying causes that gave rise to the Arab Spring in 2011 not only continue to exist, but have actually grown far worse: the vast population explosion across the region; economic privation, including severe unemployment and lack of opportunity, particularly for young people; the “Arab oil curse”; and absence of political freedoms. All of this has now been compounded by the Covid-19 pandemic and consequent international and regional economic crises, which have further accentuated the inability of regional governments to meet the needs of their people.

At the same time, the Sunni-Shia schism continues to be a primary driver of events in the region, playing out with particular ferocity in Syria, Lebanon, Iraq and Yemen, and contributing to Iran’s pursuit of regional hegemony and ongoing confrontation with Saudi Arabia. Saudi Arabia, under a brutal and brash young leader, is undergoing dramatic socioeconomic change, as well as important changes to its national security policy. A shared fear of Iran has been driving it closer to Israel.

Syria, Lebanon, Iraq, Yemen and Libya continue to be rent by their internal convulsions. Algeria and Sudan are undergoing significant change, as well. In Egypt, the regime has restored control, but is it is hard to see how Egypt can avoid becoming a failed state. Jordan is always on the verge of the precipice. Indeed, the greatest threat that the Arab states present to Israel and the US today, is their severe domestic weakness, not their military strength. Iran, too, for all of its image as the regional powerhouse, faces serious domestic challenges.

Iran’s nuclear program continues to present the primary threat to Israel’s security and American strategic interests in the region. It also further serves to heighten Turkish, Saudi and Egyptian interest in nuclear weapons programs of their own. Should Iran’s nuclear ambitions not be stymied, the nightmare scenario of a Middle East with multiple nuclear actors will become increasingly likely.

Unlike the nuclear balances between the US and Soviet Union, or India and Pakistan, Iran explicitly calls for the annihilation of its rival, Israel, and the two sides lack channels of crisis communication. Iran also does not have diplomatic relations with Saudi Arabia and Egypt, and Turkey’s relations with Egypt, Saudi Arabia and Israel are tense. Imagine crisis communications in a nuclear confrontation, when leaders have minutes at most to make existential decisions. Add to that, the problem that we do not know if the rationality of theocratic actors, especially extremist ones such as Iran and Saudi Arabia, is similar to that of other actors, or whether they may be willing to take risks and suffer consequences that others would not.

In recent years, American engagement in the Mideast has diminished appreciably, partly out of despair over ever being able to successfully address the region’s ills, partly out of design, as a result of the pivot to the Far East. A wise old Middle Eastern adage reminds us, however, that “if you don’t visit the Middle East, the Middle East will visit you”. Americans may be tired of the region, but it will continue to demand their attention, like it or not.

A tragic paradox of the two Gulf wars that the US fought, is that Russia and Iran have become the dominant players in the region today. Taking advantage of the American power vacuum, Russia has been actively trying to sell nuclear reactors and advanced weaponry to all possible buyers, including erstwhile US ally Egypt, to again become the dominant superpower in the region. Nowhere is this more pronounced than in Syria, where Russia’s minimalist intervention, building on Iran’s earlier one, succeeded in stabilizing the Assad regime. Although there is no love lost between the two, both Russia and Iran are in Syria for the long haul.

Whereas, the US role in the region had a highly stabilizing influence for decades, Russian support for Syria, Iran and other players, may have the opposite effect. Israel, which has always preferred to bring its security concerns to the US, increasingly has no choice but to turn to Moscow. China, too, is beginning to play a greater regional role.

These and other regional trends, including current events at the time of the talk, will be presented, with a discussion of their ramifications for US and Israeli national security. 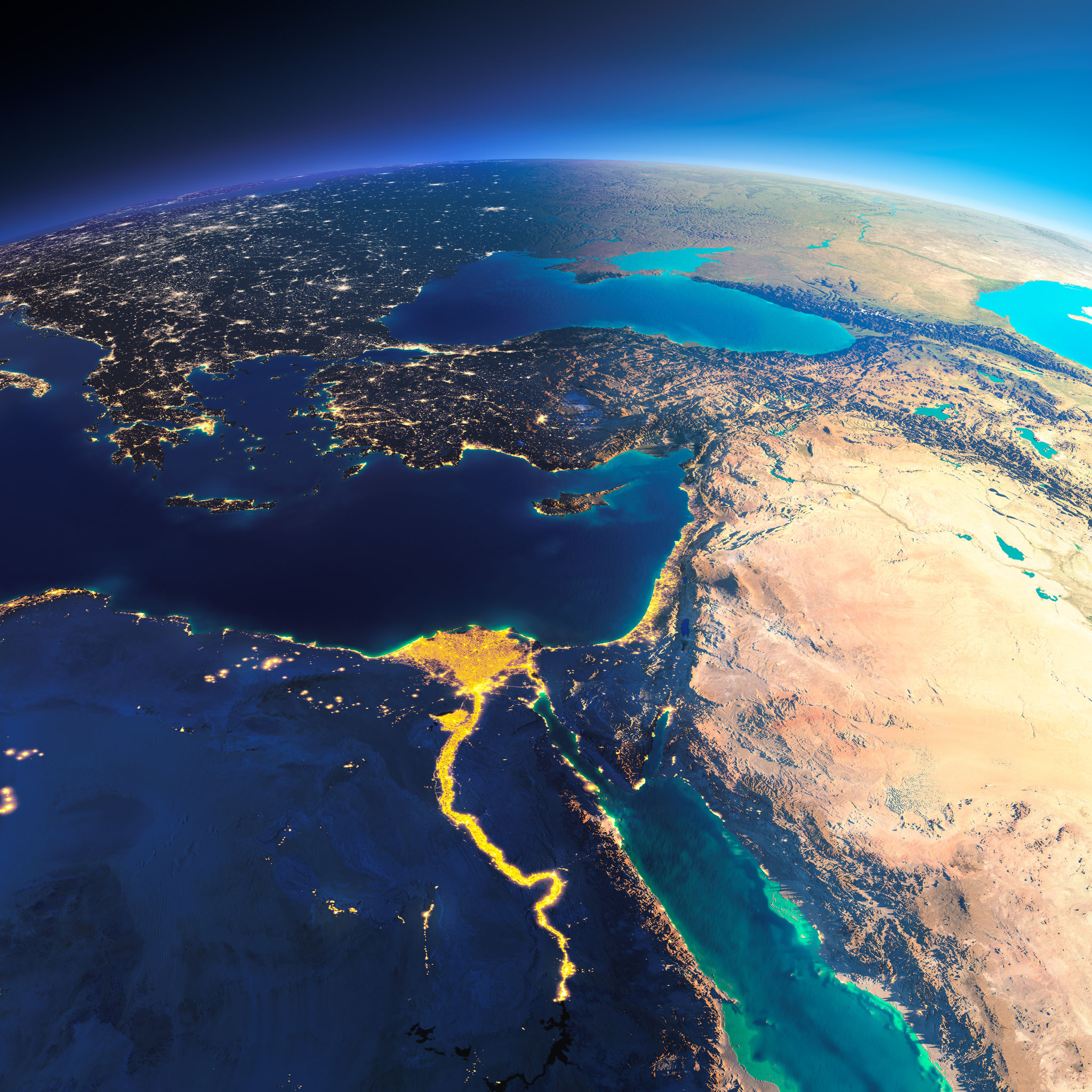