Ever since its establishment, Israel has confronted an external environment characterized by unremitting hostility.  Repeated wars, perpetual hostilities at lower levels, the failed peace processes with the Palestinians and Syria, and even the “cold peace” with Egypt and Jordan, have reinforced this image. As a result, Israel’s security policy has been at the forefront of national life for over seven decades.

Israel has responded to these circumstances by building up a disproportionate defense capability to forestall the threats to its security and by developing a unique decision-making style of its own. In recent decades, as Israeli decision-making has become increasingly proactive, many of the diplomatic and military initiatives Israel has undertaken have gone awry, and the number of policy failures has become untenable.

Three primary factors shape Israel’s security policy and Israel’s foreign policy decision-making process (DMP): the uniquely harsh and dangerous external environment in which Israel operates, which greatly circumscribes its options; Israel’s proportional representation electoral system, which causes deep political fragmentation and the resulting need to govern through coalition governments; and the relative weakness of the foreign and defense ministries in the DMP, compared to the IDF and intelligence services.

These fundamental attributes of Israeli national security policymaking result in a number of pathologies:

Despite these problems, Israel’s national security policymaking processes do have some important strengths, including flexibility and the ability to improvise rapidly, the sophisticated policy assessment, formulation and implementation’s capabilities of the national security establishment and the experience many Israeli decision-makers have brought with them to office.

Drawing on my experience as a deputy national security advisor in Israel and my book Zion’s Dilemmas: How Israel Makes National Security Policy, the talk takes the audience inside the real world of Israel’s security and foreign policy decision-making process.

Join me for a fascinating insider’s account of Israel’s national security decision-making processes. For me it is a study of love and frustration. 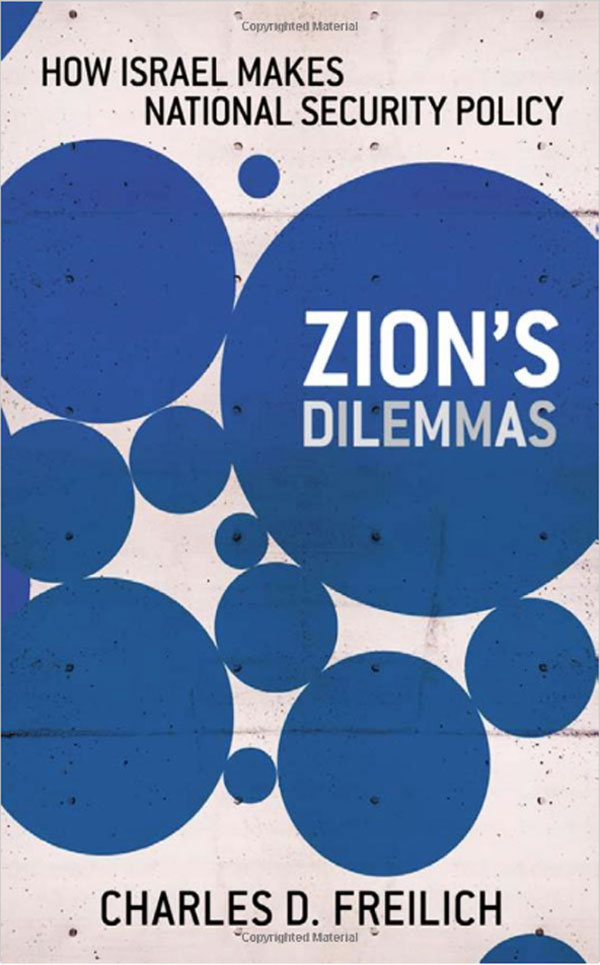